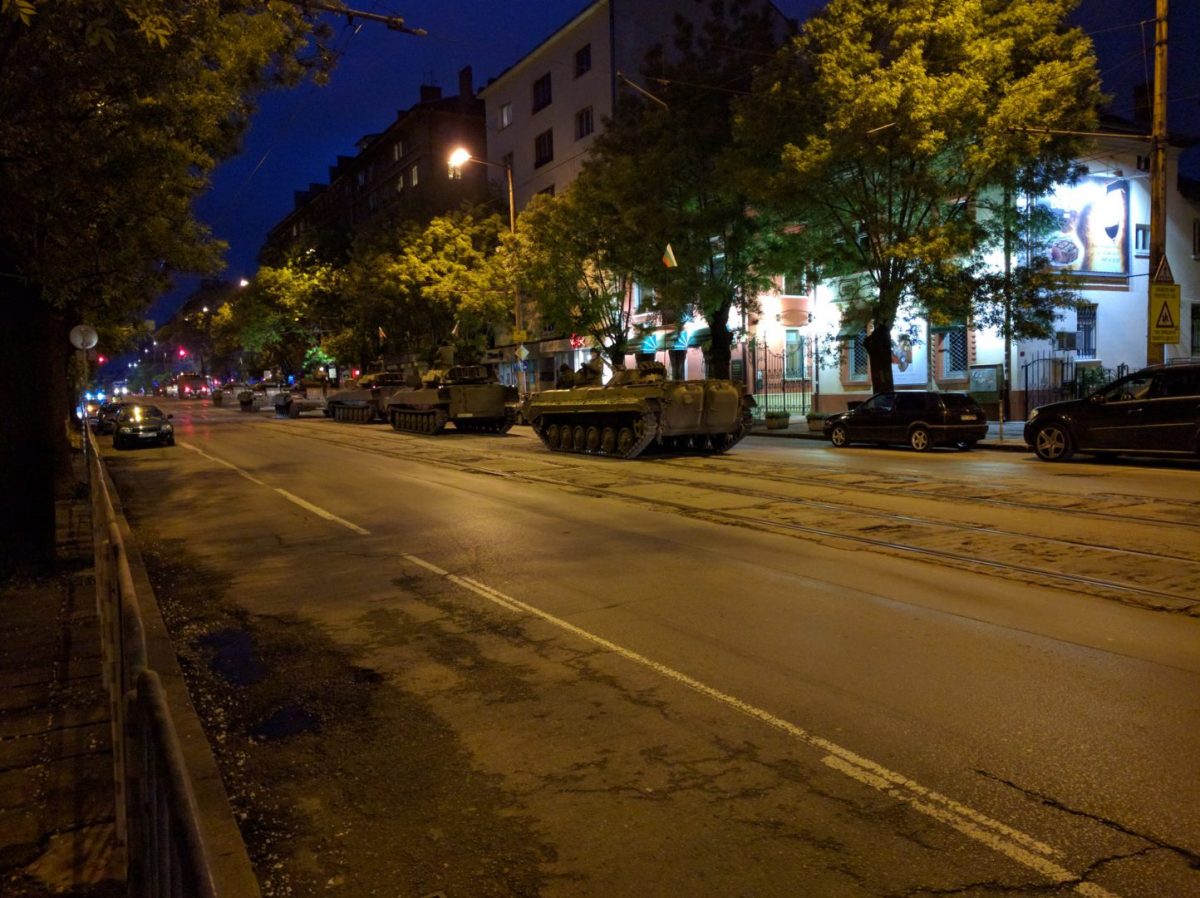 Last night my trolley ride home from downtown Sofia was interrupted by a police roadblock and some rather unusual traffic on Aleksandar Dondukov Boulevard.

Welcome to Bulgaria, where military tanks roll down the streets of the country’s capital in preparation for the annual Armed Forces Day parade. I’ve seen a dozen or so airshows, but this takes the cake! Nevertheless, this was pretty surreal to see.

Bulgaria’s Armed Forces Day coincides with Saint George’s Day — you know, the guy who is depicted as killing a dragon in folklore and monuments all over Europe — on May 6th, as Saint George is the patron saint of the Bulgarian Armed Forces. This gives a whole new meaning to the phrase “Holy War.”

Update (May 6, 2016): Discussions with at least three Bulgarians about the strangeness of having a patron saint for the army have been extremely unproductive so far.

This work is licensed under a Creative Commons Attribution-ShareAlike 4.0 International License.